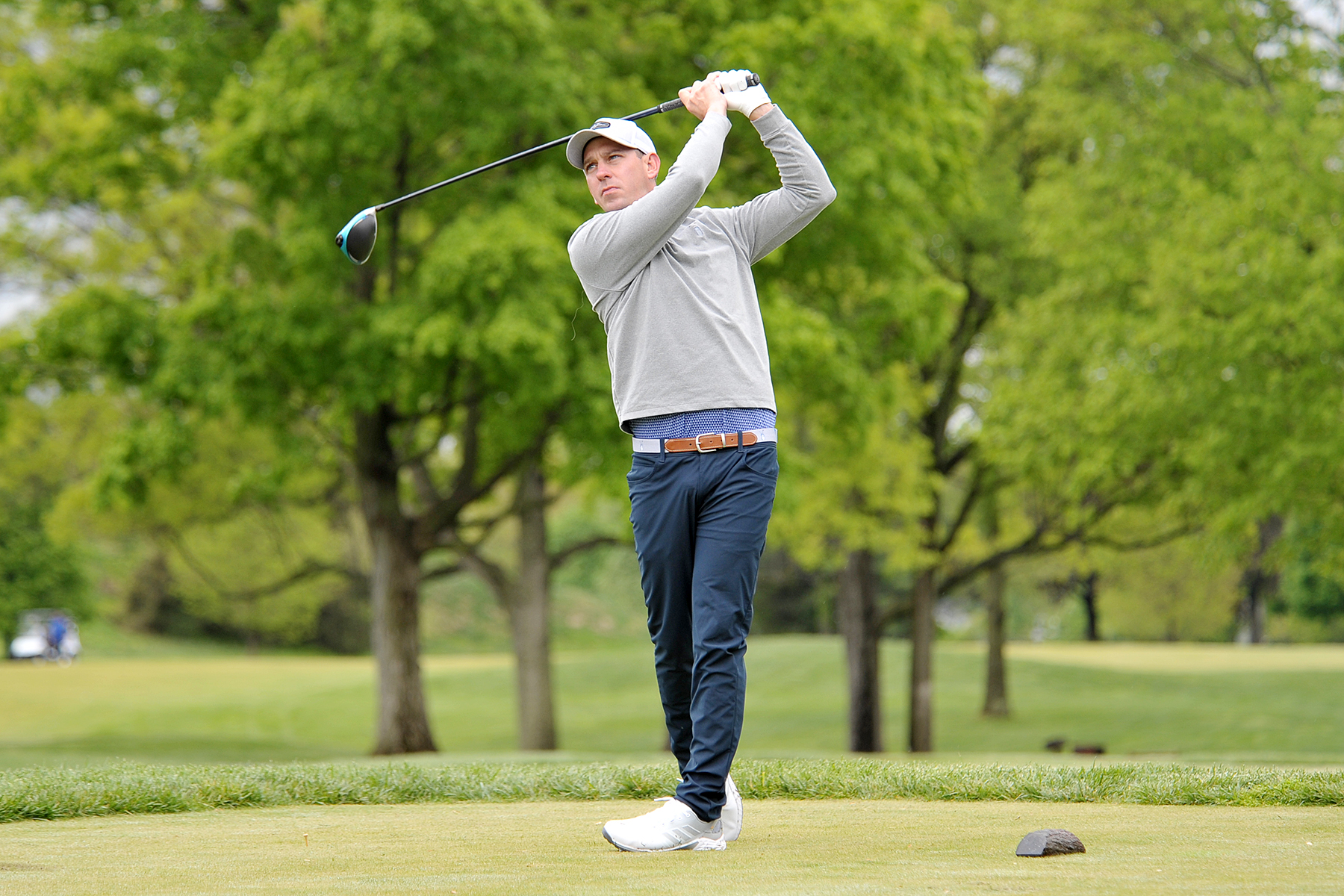 Before Round 2, Hall spoke with the media about his performance in Round 1. "I went out there yesterday and took what the golf course gave me. I drove the ball fairly well and I was happy with how I hit it. I kept giving myself chances all day which is what you need to do out here especially at a place like Ridgewood, you have to stay in every shot". Hall did exactly that in his Round 2 performance, after shooting an even par. By the end of the day, Hall led the field at +1, 2 shots over Danny Lewis and Brian Gaffney at +3. 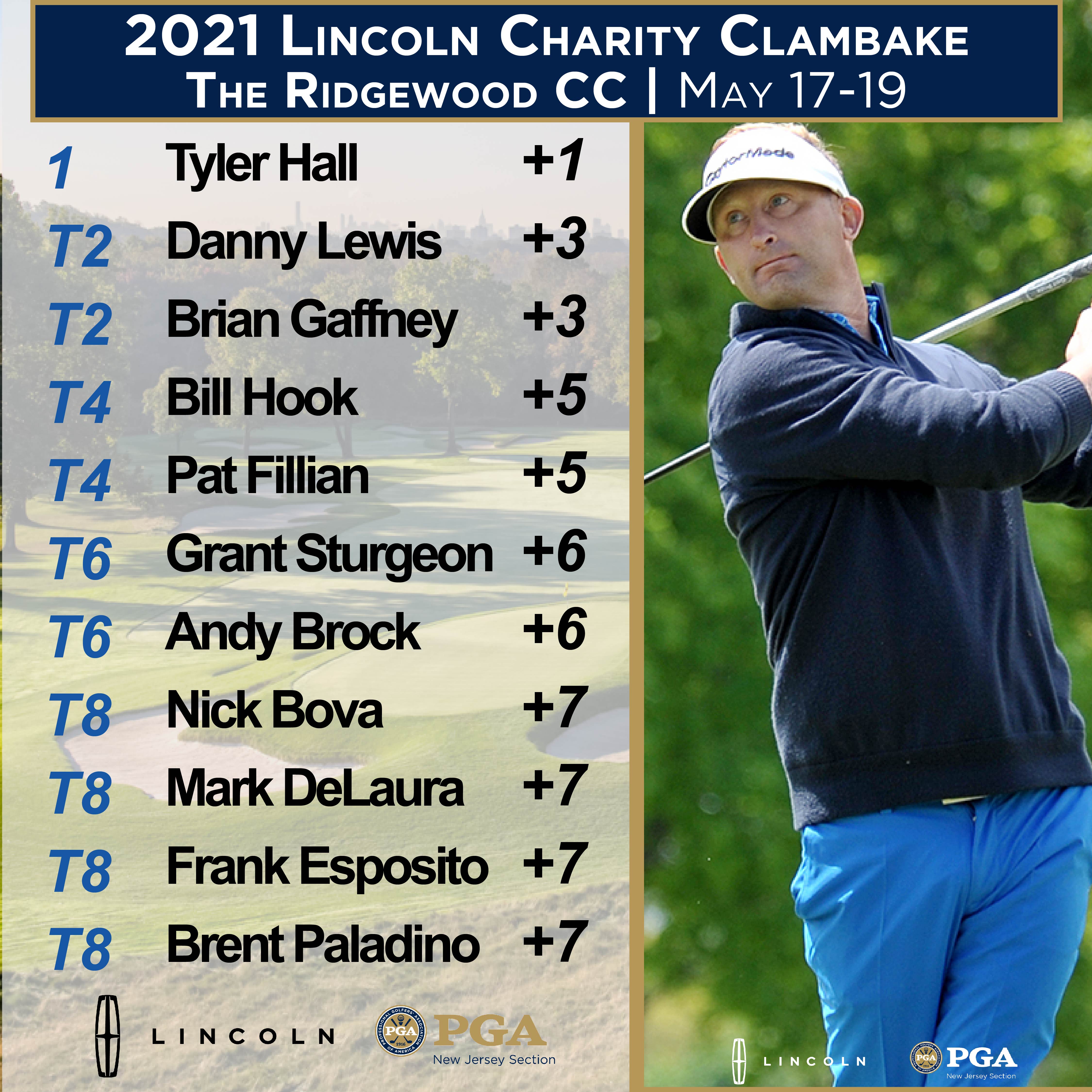 With 6 competitors within 5 shots of the lead, Hall looked to and win back to back Clambake Titles for the first time since Frank Esposito did it in 2006 & 2007. Throughout Round 3, the leaderboard shuffled around quite a bit with Danny Lewis and Tyler Hall being tied for the lead at +2 at the turn. After Bill Hook chipped in for birdie on the famous "Nickle and Dime" 12th hole, Hook found himself in contention, only 4 shots back of the lead. After birdieing the par 5 17th hole, Hook was 1 back of Hall's lead. Lewis made bogey on the 18th dropping 1 back of Hall. Hall made par on his final hole, forcing Hook to make birdie on his final hole. With a 7-footer to force a playoff, Hook surveyed the green, picked a line, a dropped the putt.

After making birdie on 2 of his last 3 holes in regulation, Hook found himself in a playoff against defending champion, Tyler Hall. After the two hit their tee shots in the left rough, Hall hit his approach shot to the back of the green and Hook stuck his shot to 10 feet short of the hole, leaving and uphill putt. Hall raced his first putt past the hole which left the door open for Hook. With an uphill right to left putt, hook hit a confident roll and drained it to claim the 2021 Lincoln Charity Clambake Title. 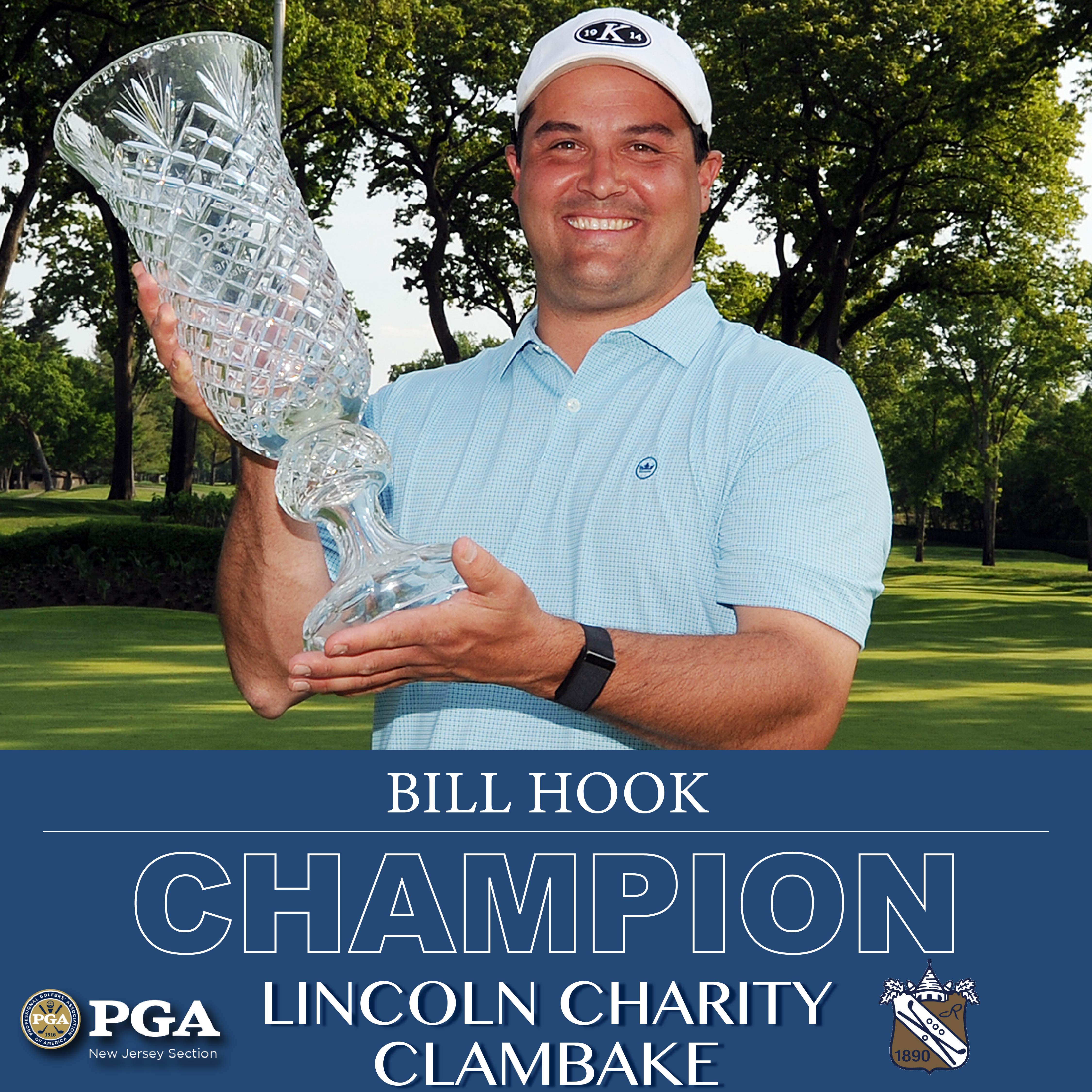